The 2013 Autumn Walks are developing a parkland theme – where, generally, the walks are less strenuous!

Swanbourne Lake in Arundel Park was the shortest walk ever achieved by the Walk Group – oh, how rewarding it was.   The sunlight drew shapes on the lake between the trees, and the tea stop on the raised patio at the lodge house was a delight – an hour was mused away in brilliant sunshine.   The approach to the walk surprised us, as the water level of ditch was high – Mum Swan lead the way, followed by 8 cignets and Dad bringing up the rear.   What a stunning photograph that would have made, if only we had had a camera between us!

The walk opened up the possibilities of Petworth Park with its house and Capability Brown designed Gardens.   We snatched a patch of dry weather, and once again the sun shone for us, highlighting the changing colours of the trees and tufted grass.    Reliably, it was the deer in the park that stole the show – with the rutting season underway – we were treated to a musical chorus and several herds of deer on the move.    They are used to humans and did not seem too deterred when our path crossed between them. 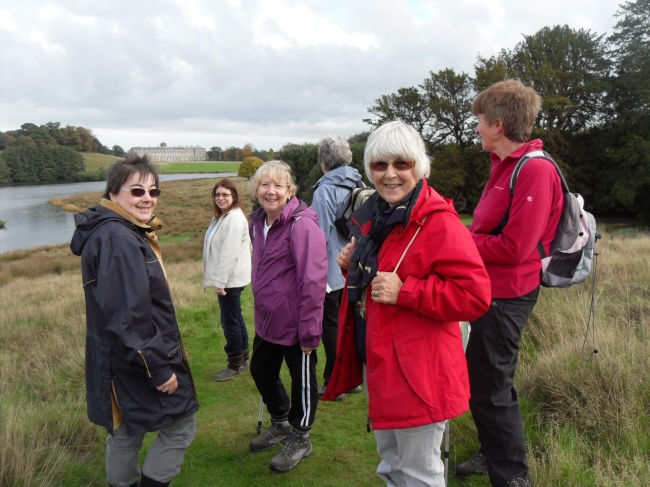