Since BRWI was established in 2009, members have supported local groups and charities in many different ways – volunteering, donating items at meetings, crafting and baking.

These groups and charities include:

Last September we asked members to complete a Quick Questionnaire so the committee could get a clearer idea of what members wanted from their WI and so plan accordingly. One of the questions related to our local charity support, and the feedback received indicated that members would like to focus on two charities during 2017. Members were asked for their nominations and 10 local groups and charities were suggested. At our December Meeting members voted on the shortlist and My Sister’s House CIC (MSH) and Sammy Community Transport were the two that received the most votes.

To ensure both groups receive equal support from BRWI, we will focus on one per month.

In January, members were asked to follow MSH on social media – you can also do that by following this link – https://www.facebook.com/mysistershouseuk and to leave a small poster in an appropriate location i.e. their place of work, or a Doctor’s surgery.

At our February Meeting we had leaflets to highlight the work of Sammy Community Transport and asked members to complete their online survey – which you can too via their website http://sammycommunitytransport.org.

Then in late February My Sister’s House CIC approached us with a request – could members craft bunting for them to use at events.  Nine members rose to challenge and turned 10 metres of yellow and green material into metres and metres of bunting. 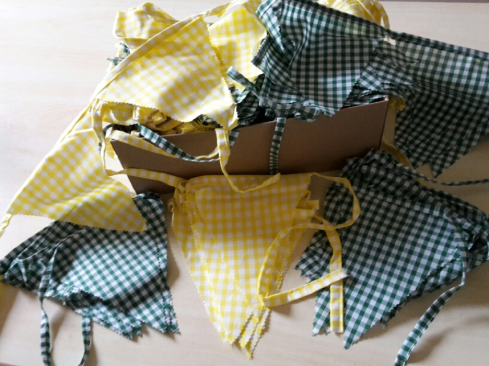 And the bunting was quickly put to use – decorating the entrance foyer of The Alexandra Theatre at an International Women’s Day event organised by MSH on Wednesday 8th March. The bunting made a dramatic display as visitors arrived at the event. 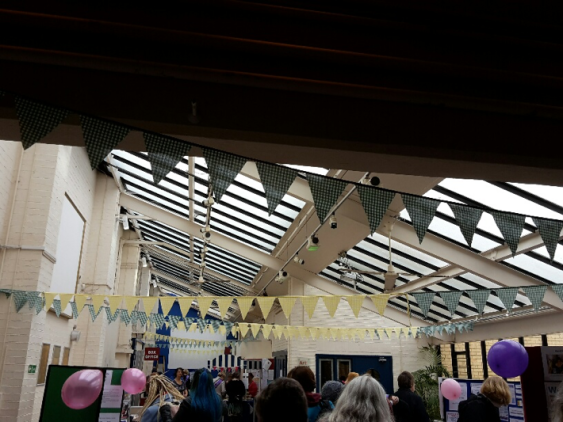 Thank you to Celia, Dinah, Heather, Jan, June, Katie, Lynn, Maggie and Rosemary for all their work!

BRWI will continue to support both these local charities throughout 2017.