Didn’t we do well!

From the members who kindly baked amazing cakes for the tea tent, the volunteers who worked in the tea tent, to the talented competitors – everyone involved did Bognor Regis WI proud.  It was great being part of such a successful show and raising funds for West Sussex WI.  I was surprised by how much the visitors showed their appreciation of the WI.  They wanted to chat and compliment us on the standard of baking and service.  One person I spoke to reckoned it was ‘better than the Ritz’!

The craft tables were much admired. There were lots of entries in all classes and the standard of competition was very high. 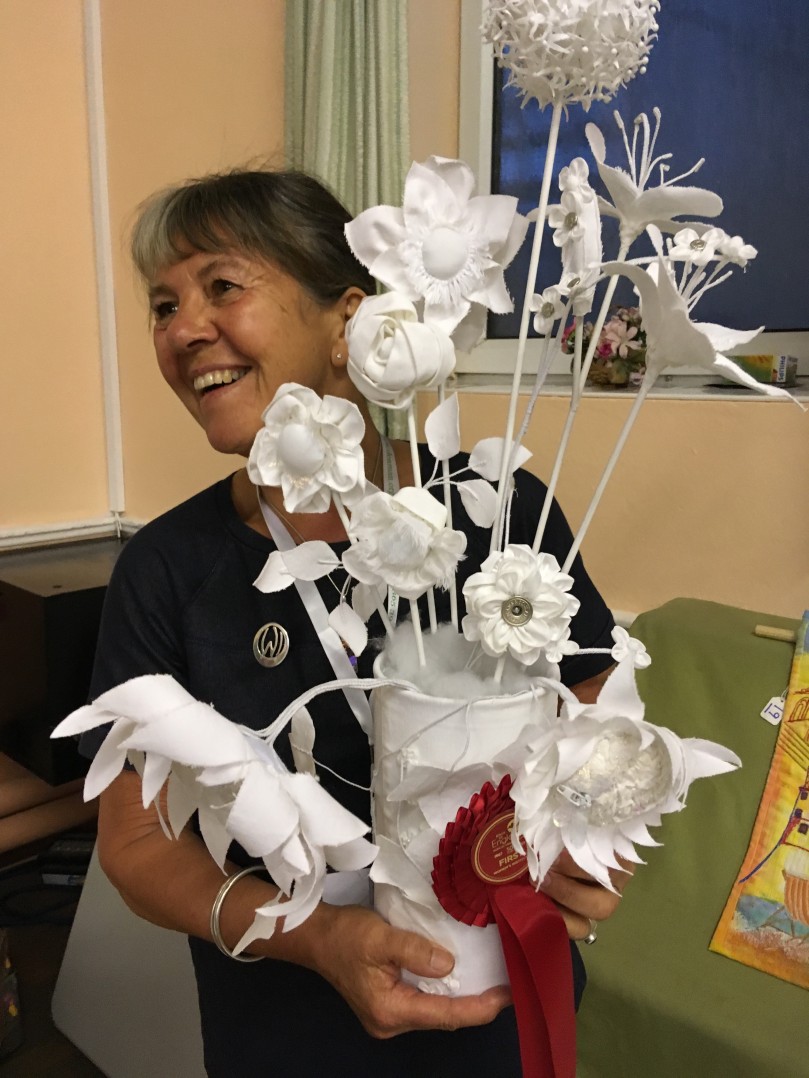 It was no surprise that Barbara took first place with her entry in the ‘Jeans Re-invented’ class. It was completely different to all the other entries and show cased her stunning talent. 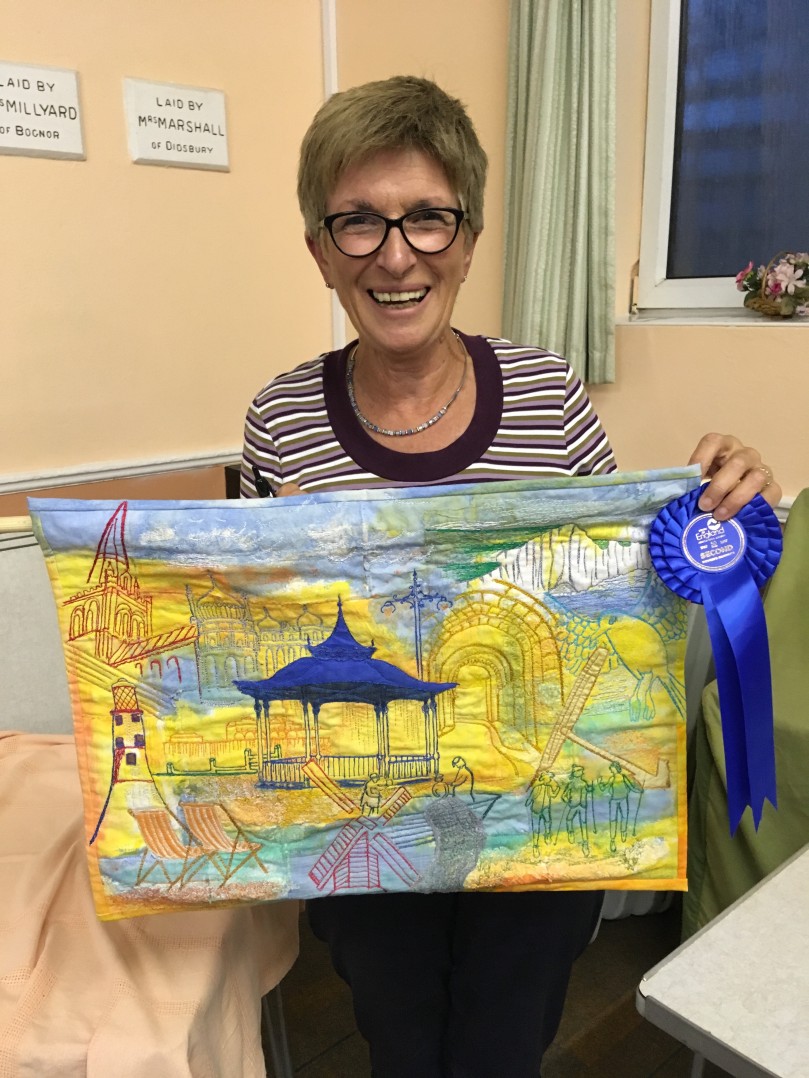 Jan’s entry in the ‘Celebrating Sussex’ class for a fabric wall hanging was beautiful and more than deserving of the second place awarded. 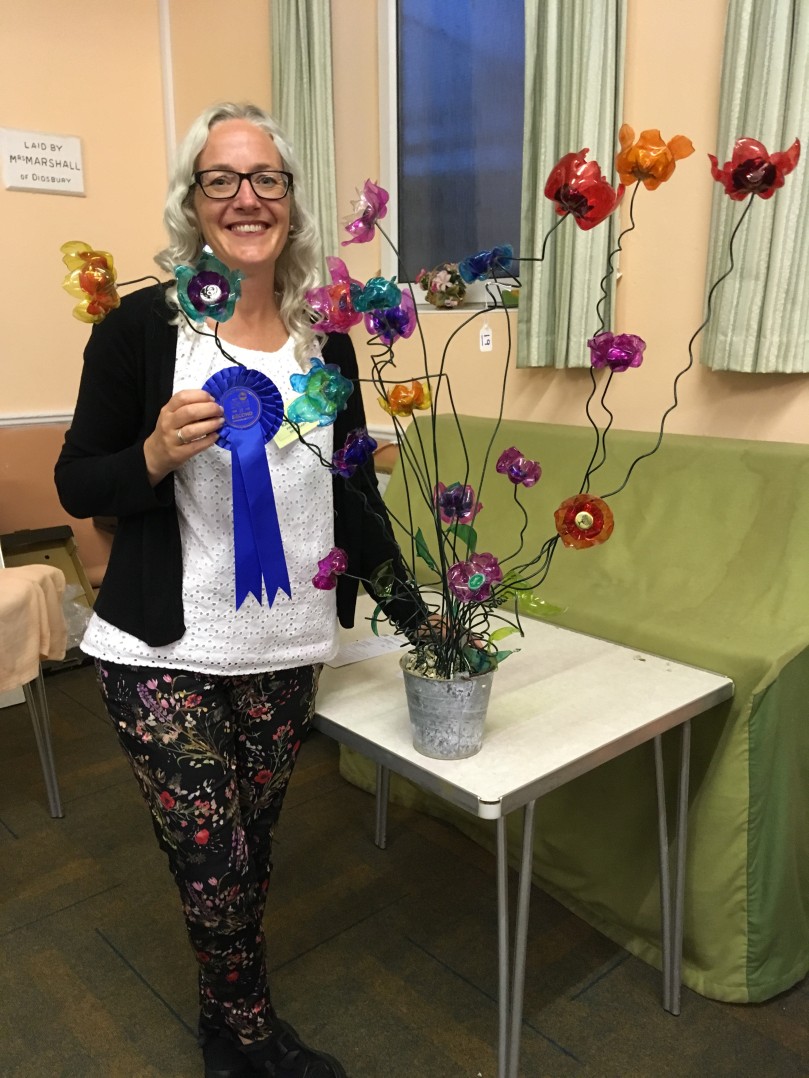 Katie made a fantastic garden ornament from recycled bottles and bottle tops for the ‘Flower Power’ class and also gained a second place. 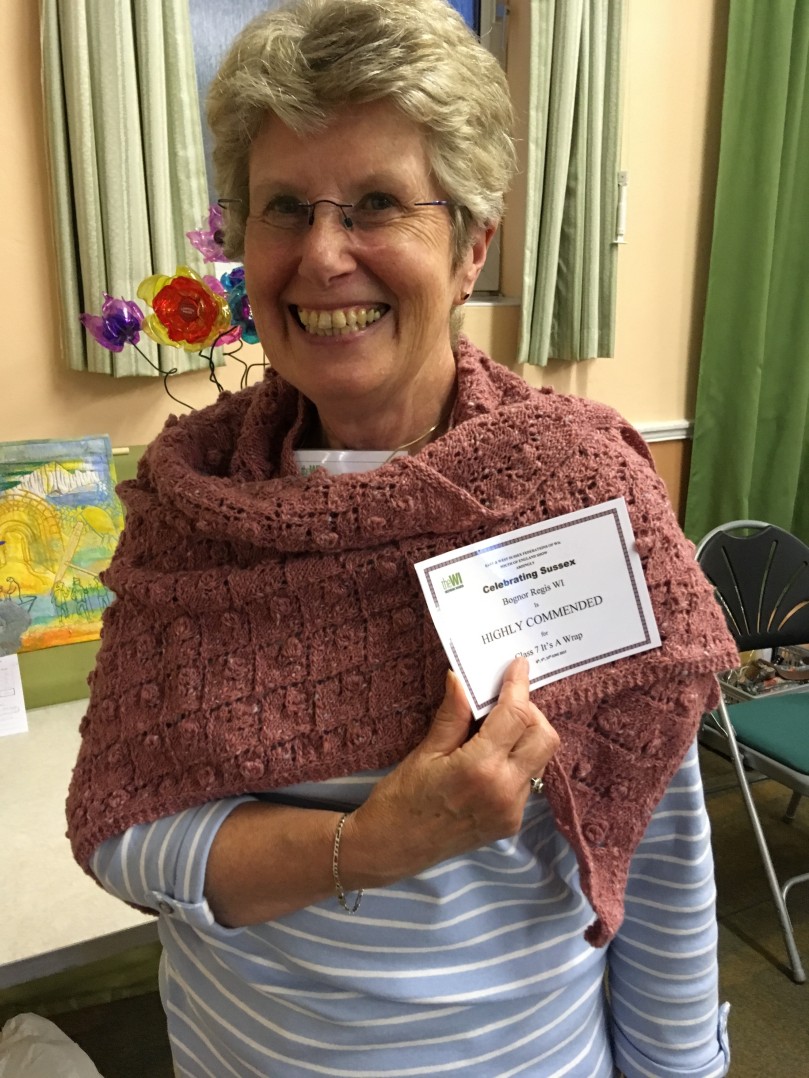 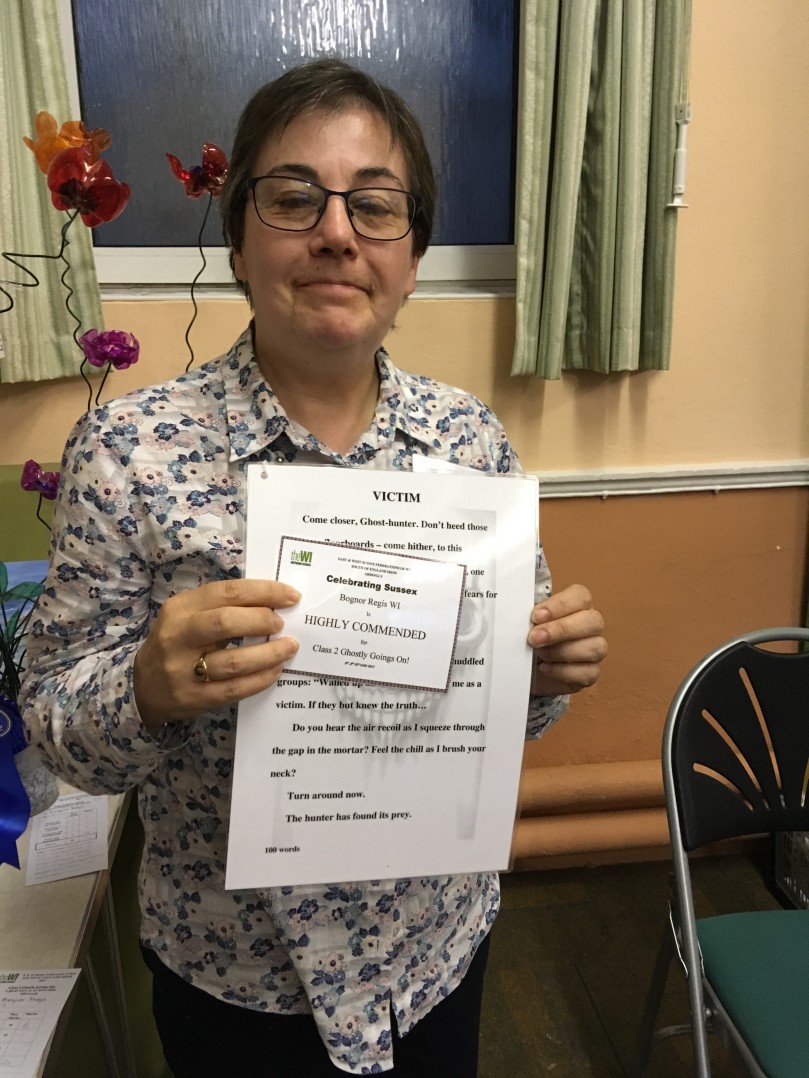 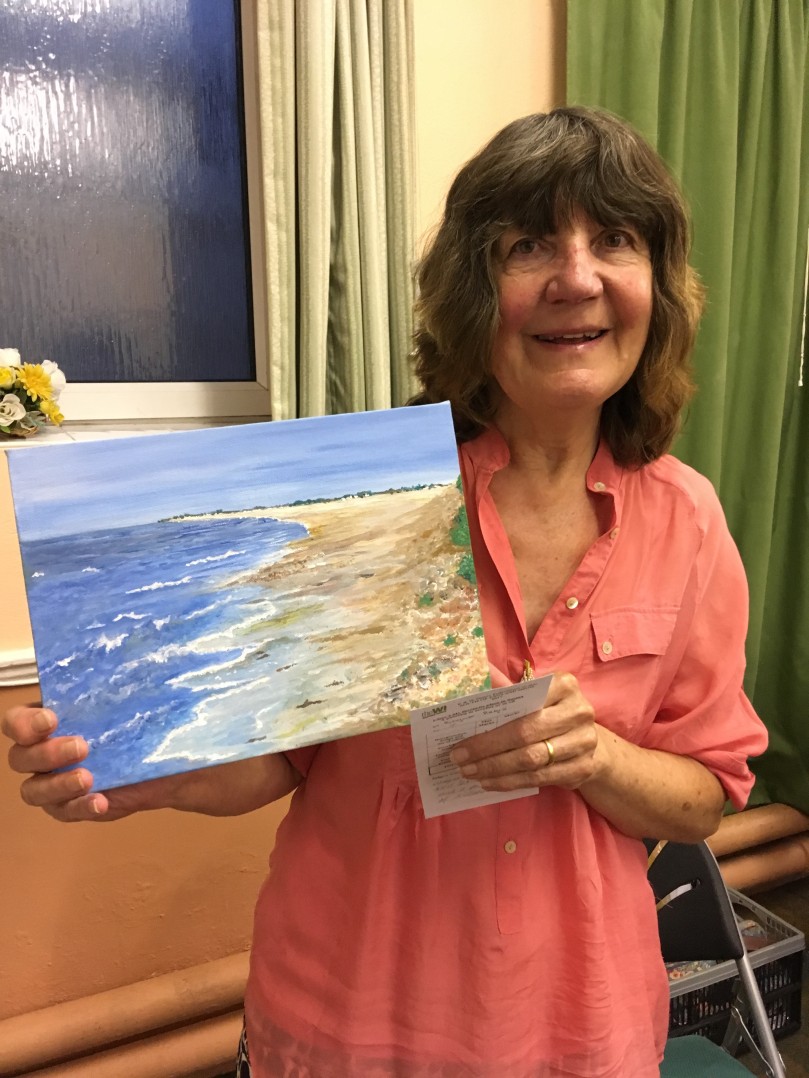 Sheila painted a beautiful picture for the ‘My Favourite Place in Sussex’ class and, although not placed, had positive comments on her feedback card. 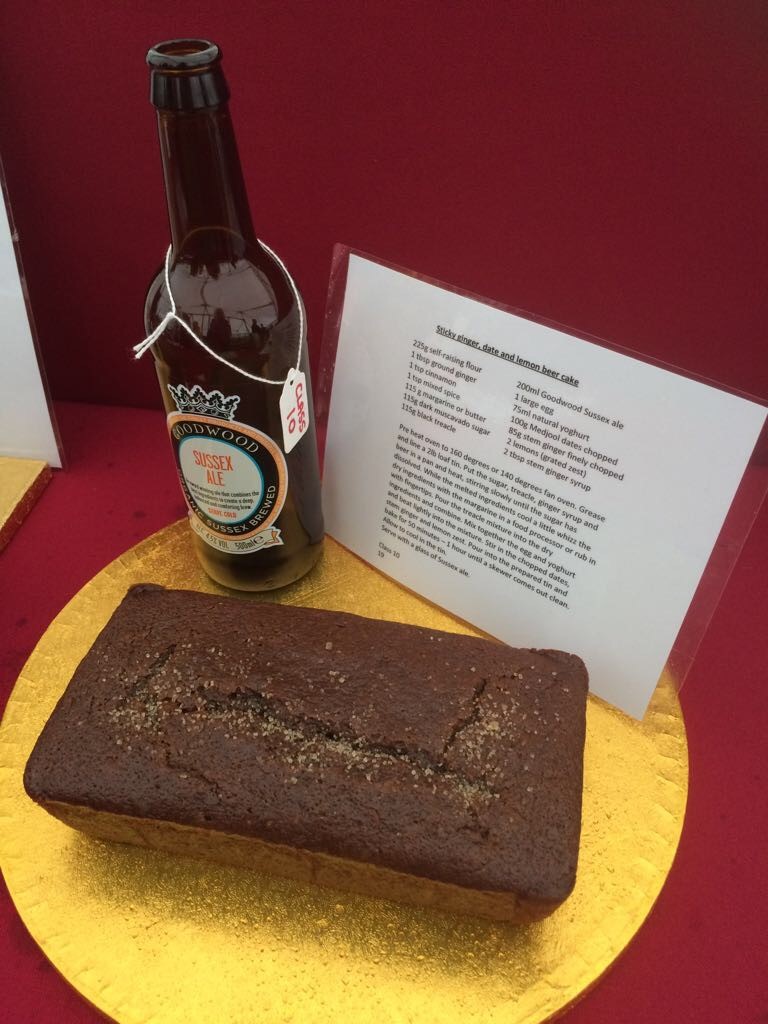 and Dinah baked a cake using a Goodwood beer for the ‘Cheers’ class ,and she also  had positive comments on her feedback card.

As a WI we entered 7 of the 13 classes and were well represented at the Show. Hopefully we’ll be inspired to do even better next year!

One thought on “South of England Show, Ardingly 2017”