On a hot day in August, nine members of Bognor WI travelled to London to find out more about the suffragist and suffragette movement. 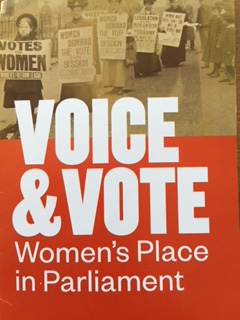 First stop was Westminster Hall where, in a Voice and Vote exhibition, rare and previously unseen historic objects, picture and archives from the Parliamentary collections and elsewhere were on show. Together with immersive and interactive technologies, the exhibition told the story of women in Parliament, the campaigning, the protests and the achievements. It was a fascinating display. From here it was a short walk to a café in the Supreme Court for much needed refreshments and a rather longer journey up Whitehall to a shady pitch under a tree in St James’ Park for ice creams and a breather.

The group then made its way to Caxton Hall to meet Dr. Diane Atkinson, author of the best- selling ‘Rise Up Women! The Remarkable Lives of the Suffragettes’ who gave a spell binding talk on the Suffragette movement and some of its stars. The talk was enlivened by the fact that the group had the opportunity to see many of the landmark places known to or made famous by the women. These included statues to Emmeline Pankhurst and Millicent Fawcett, Caxton Hall itself the site of many of the seminal meetings of the Suffragettes and Parliament Square where the women attempted to ‘rush’ the Palace of Westminster.  This last provoked such violence against the women, including acts of indecency against some of the demonstrators, that the WSPU changed its tactics, went underground, and waged ‘guerilla warfare – including acts of arson and the organised breaking of windows in Whitehall.

There was so much to take in; so many stories of courage, persistence and suffering. We will be forever in the debt of such extraordinary women. 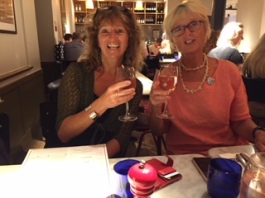 After many thanks to Diane, the group adjourned to Pizza Express to fortify them for the journey home. It was a brilliant day – many thanks to the organisers!